When we lived in Cambridge we had a model railway in the garden. We brought the rolling stock with us, and initially weren't sure where the right place was for a garden railway. The only significant flat piece was the area that originally had been the croquet lawn, then a tennis court, and then a wilderness.  We found a croquet hope and tennis net as we cleared the vast amount of brambles, buddleia and other growth. We have been gradually cutting back the overhanging yew to give the area more light. 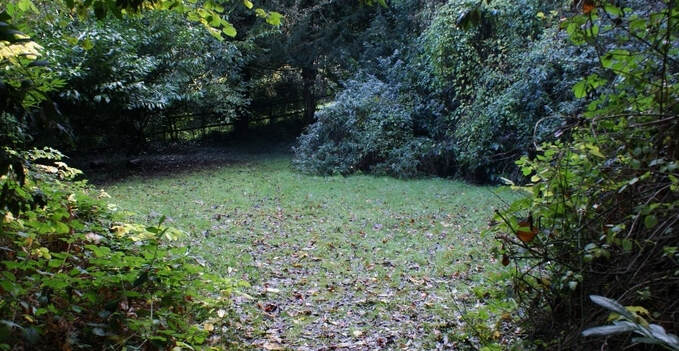 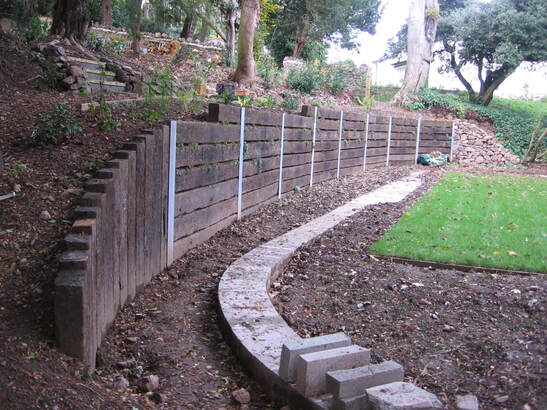 During 2017/18 the track was laid and scenic planting started. The scale is nominally 45mm:1ft., and our stock is 16mm:ft. Go here for more technical details. and information about our Cambridge Railway that inspired it.

The Railway in 2020
The style of railway is loosely of a narrow gauge industrial line.  One informal aim here is to include references to Malvern.  The station layout is a minimal copy of Hanley Road station (1862-1952) which was down the road where the showground now is; there may be a radar site, brickworks, quarry – but also humour; drilling for Worcestershire Sauce and illustrating some of the local cheesemining industry. A Garden Railway is always work in progress. A pond was added in 2020, and there is a castle in the making, as well as walls...